To understand the value of the Trojan Workout and why this is what you need for a sharper mind and a stronger body, I have to make something clear:

Our method is Trojan, not Spartan! 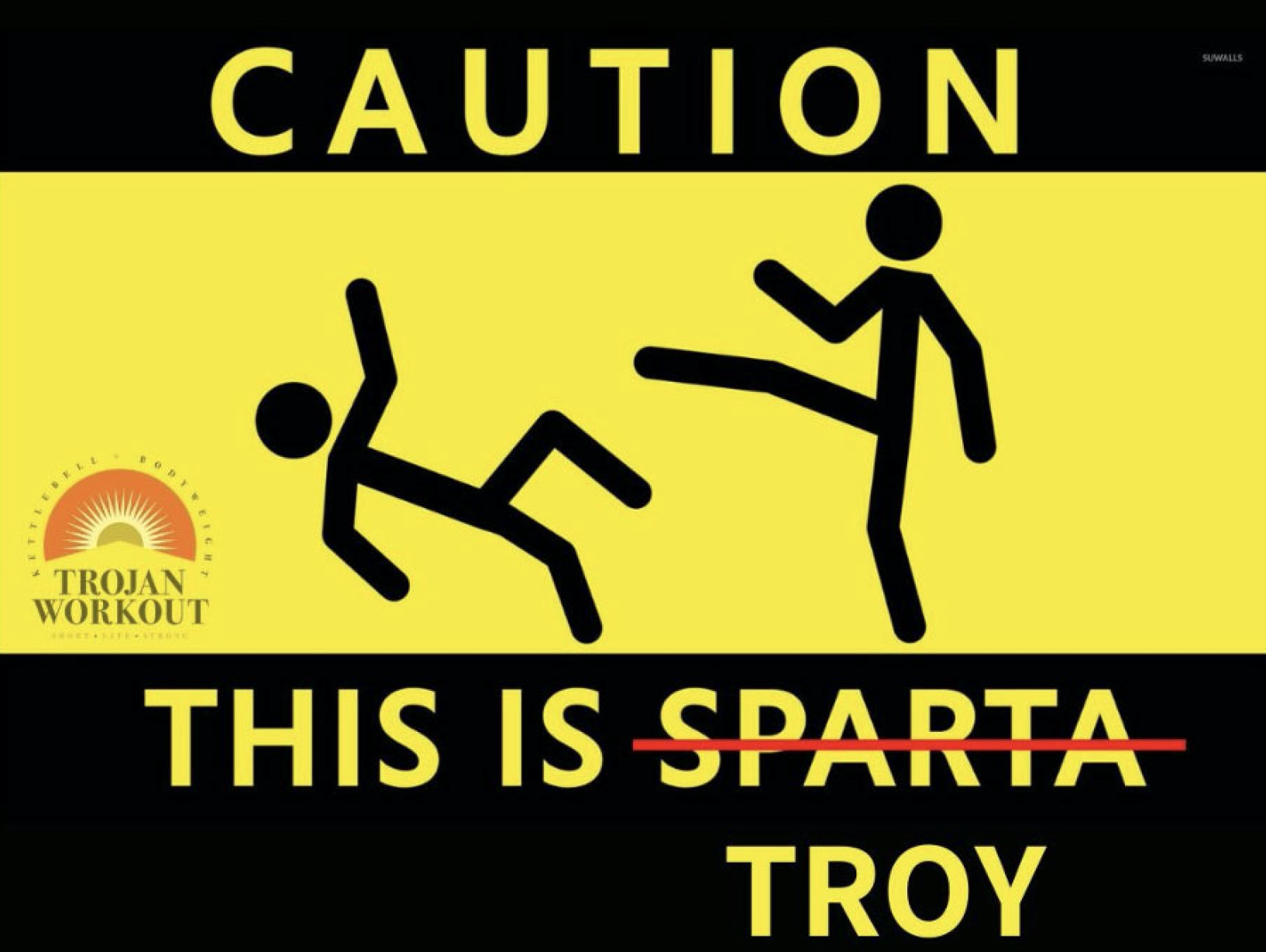 As a teenager, I was a reader of Greek and Roman mythology. There is something in these tales of gods and warriors that appeal to people for centuries. The siege and fall of Troy were for me, the most moving and inspirational tale of all. Now pay attention. Most people would mistakenly think I was a fan of the Spartan approach: the warrior race, the stand of the 300, the Sparta lifestyle and mindset. Factually I was far more attuned to the Trojan philosophy of life and living.

In many ways, the Spartans were a death cult. The harshness, cruelty, slaves, and rigidity that defined them put me off. I felt that their culture was all about pain and unquestionable obedience to a rigid caste system. The Spartan society and mindset were the opposite of what I aspired to. On the other hand, the Trojan culture seemed the complete opposite. Trojan society was enlightened and placed a premium on knowledge and learning. Trojans sought out innovation. They didn’t own slaves. Trojans valued innovation over conformity and sought to expand and improve all aspects of their society.

Trojan Workout is a sophisticated, intelligent way to grow stronger and to deepen your understanding. I’ll discuss a topic that will appeal to most people looking for strength. It’s about a big false myth that is making your workout less durable over a longer period of time, less effective. Not knowing what this myth is increasing the risk of injuries and the chance of you dropping out trying to reach a goal prematurely.

The big question here is: what is it you train for? Is it results or the way you feel after a training session? It’s important to be aware of the distinction. Most people think that suffering –extreme tiredness or severe muscle ache – is essential in achieving results. However, it is a common fitness myth that the success of a training session is measured and determined by how worn out one is after a workout. A big, fat FALSE myth!

This is a Spartan way of thinking and has nothing to do with Trojan Workout.

Once you are aware of the big, fat, false myth, you can make better choices!

Most training goals, those unrelated to sport-specific performances, come down to this: being healthy and strong and to change the way you look. And this is where it usually goes wrong.  Many training methods are simply ineffective or at least not in line with the actual goal. An example of an ineffective pursuit of a goal is following hardcore training schedules in ‘garage boxes’. Personal trainers, not all so well educated, let you suffer from an extreme training routine, inspired by several YouTube videos that were meant for elite athletes.

This spartan way of training isn’t entirely new and may certainly work for some. But I have never quite understood why people who exercise recreationally need to leave their gym with green faces, suffering excruciating pains for at least two days, and then voluntarily show up again for their next ass-whipping. They seem to be part of a fitness trend, and they all carry a similar marketing message that emphasizes how cool it is to train until you nearly collapse. Don’t fall for it. Facebook is full of quotes such as ‘Pain is weakness leaving the body’ or ‘My body says no more, but my mind says one more rep’. Their motto: the more exhaustion and pain, the better the training. Add in a selfie of a red, sweaty face, and the physiotherapist is ready to welcome a new patient.

Take my advice: ‘If you don’t want to become a champion, don’t train like one’

Just say NO to raining methods that focus more on wearing you out, rather than achieving an actual result.