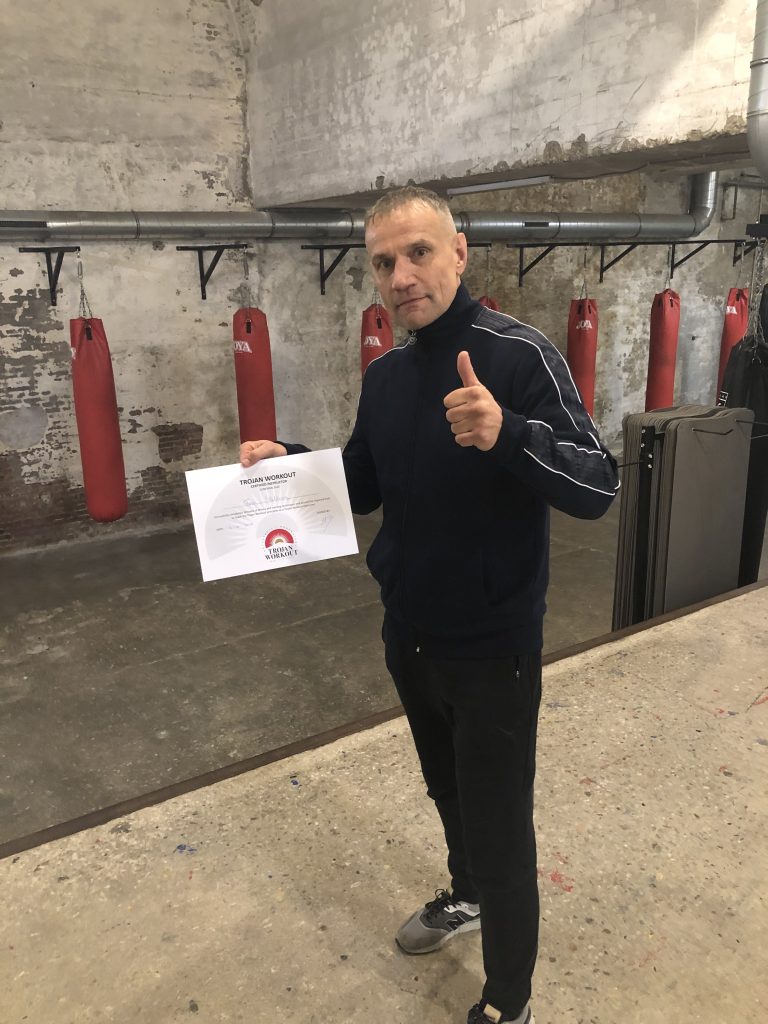 From 1982 to 1990, he competed in karate. In that period, he became six times Dutch Champion. Stelling became European Karate Champion in London 1982 and World Karate Champion in 1984. Between 1994 and 2001, he took part in mixed martial arts fights, including Pancrase, Rings Holland and battle of Arnhem. His background is 6th Dan Kyokushin Budo Kai, 2nd Dan Karate KBN, 1st Dan Judo and black belt Russian Sambo Wrestling. He is now a Krav Maga Instructor Expert 3 with the IKMF.

“Trojan Workout is the safest way to keep getting stronger. It’s not about competing with others. It’s about you, how you feel and what keeps you going. For myself, my instructors at Healthclub Heijenoord and for my students.

I have a long history of fighting at a high level. In those periods I demanded a lot from myself in a not so healthy way. If I would have known Trojan Workout back then, I would have had fewer injuryies and more strength and health. I can’t change the past, so I focus on my Trojan Pose now at the moment.

My most effective habit is a daily workout no longer than 30 minutes, 7 times a week. It’s easy to maintain for me and it feels great! Just 30 minutes every day. For me, physical and mental strength means doing what feels good. Train often, not long!”